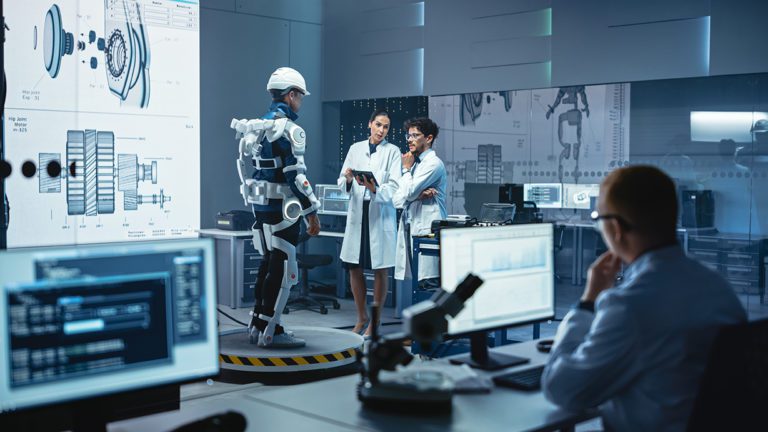 The US has been the undisputed ‘world champ’ economy since the end of WW11. Do we wish to remain in the number one spot? Then it is time to stop whining and complaining about China and start investing in our country and the American people.

To be clear, the Chinese government’s main goal is to restore their country to its historical greatness – a return to wealth, power, and world prestige. This point was driven home in Michael  Schumann’s new book: Superpower Interrupted.  The book offers atypical insights for understanding China’s place in the world, especially the drive to “Make China Great Again.”

Clearly, having reclaimed their fuqiang – wealth and power – China will never again be humiliated. Chinese President Xi said as much when he kicked off the year-long anniversary celebration of the founding of the Chinese Communist Party.

There may be those in the US who believe they can prevent China’s rise or hold them back economically or militarily. Any strategy to do so at this point in China’s ascent is pure folly – akin to erecting a chain link fence to hold back a tsunami crashing onshore.

In their recent article in Issues in Science and Technology ,“America on Edge: Settling for Second Place”, Norman R, Augustine and Neal Lane point out that too often the (US) public does not recognize how the products so pervasive in our daily lives were made possible by basic research that took place in a laboratory decades before. Examples are ubiquitous: television, microwave ovens, stents, cell phones, laptops, GPS, meteorological and communication satellites, artificial joints, CT scans, all-electric cars, clean water, vaccines for polio and smallpox, a cure for hepatitis C, medications, jet aircraft, solar energy, and much more—including the mRNA vaccines for COVID-19.

Lately, there have been many sounding the alarm over China’s rise. While this is a worthy endeavor, simply whining and complaining about China’s rise is neither a strategy nor a plan.

It should come as no surprise that China wants to rise. As a country, China was the world’s largest economy in 17 out of the past 21 centuries. The anomaly is the past couple of centuries where they have been surpassed by other western countries economically and militarily. Since re-opening to the world four decades ago, central planning for education and manufacturing – in cooperation with the West – has resulted in a Chinese economy on steroids. We ought to worry less about China’s rise and focus instead on assuring that it does not come at the cost of America’s and our allies’ demise.

In my youth as a Junior Golden Glove boxing champ, I was taught to not whine about my competition – complaining about an opponent’s cheating or not playing fair never helped me prevail in the ring. Instead, I out-trained and out-worked them. When I had a plan, I worked it — investing time, energy, and intellect to win.

In the global ring, complaining and whining about China is not a winning strategy. Similarly, vilifying China – making them out to be our election-year boogieman – is NOT a winning strategy. What is missing is an offensive strategy to propel America forward.

China has been steadily investing in their country’s infrastructure with new and improved roads, bridges, rail, air and seaports; and technology: Artificial Intelligence and big data, ceaseless education and workforce training.

Perhaps China’s biggest triumph to date has been moving vast numbers of Chinese people out of abject poverty – more than the total number of people in America. This gives the Chinese Communist Party (CCP) tremendous legitimacy in the eyes of the Chinese people – akin to providing the CCP with a Mandate from Heaven that hold sway in the Chinese psyche.

When I hear the typical whining about China I ask: “So what?” What is your solution? What will we do that assures the US will remain competitive in the face of unending global economic challenges? What are we doing that will allow us to retain our leadership? We need American leaders who can talk with the citizens and call on all of us to be architects of our collective futures — not the victims of it.

President Biden’s presidential campaign and early legislative efforts have begun to rebuild America and an invest in the American people. Yet, even as this article goes to press, there remains partisan and even inter-Democratic Party infighting that threatens the success of the passage of the President’s “Build Back Better” plan in doubt, particularly over the massive expenditures that have been proposed.

The President’s strategy is vitally needed – not only domestically but to help shore up our geopolitical standing in the world.

In the 21st century, we cannot afford to ignore one-fifth of all humanity. China is home to the fastest-growing large economy in the world. Currently the Number Two economy economically, China appears to be working and investing harder than ever to put themselves atop the world economically and to help tilt the world in their direction.

The U.S./China relationship is by far the most important bilateral relationship in the world. In the future, all major world issues will intersect at the corner of Washington, D.C. and Beijing. Therefore, our relationship with China must continue to be one of mutual respect. Our relationship cannot survive when viewed through the lens of a game of see-saw – with one nation down while the other is up.

I don’t wish for China to fail any more than I want their rise to come at America’s or humanity’s demise.

Today, the relationship between our two countries is strained. The tension has not been this thick since the days following China’s Tiananmen Square massacre in 1989.  Our leaders need to recast the narrative to find a productive path forward that assures mutual respect – one that benefits not only our two countries but indeed, the world.

We must strive to find ways in which both of our nations maintain success versus a “victory” for just one side. Striving for a “see-saw” relationship with China where the US must always be in the upper position will push the two superpowers into a chilly, if not outright, Cold War. Instead efforts must be made to find ways of maintaining an open dialog, focusing on the “6 C’s”:  Communication, collaboration, cooperation, coordination and competition – avoiding unnecessary confrontations.

The classic precondition for any successful negotiation is victory for both sides. The challenges of leadership for both Presidents Biden and Xi is to take our respective nations and the world in a positive direction in the future – from where we are now to where we have never been. We must never allow momentary issues to obscure the important long-term goal: success for the most important bilateral relationship in the world today. How our leaders solve this, and other problems will impact the people of America, China, and all humanity.

Here is the fundamental question the US needs to ask about our relationship with China: ‘What are we trying to accomplish?’ We need not only assert our own national interests but try to understand China’s interests. Otherwise, we risk being perceived as a pogo stick, jumping up and down, not getting anywhere.

Both countries must find ways to share the planet AND live in harmony – any other goal or outcome is unthinkable.  The continuous unraveling and darkening prospects of a true decoupling between our two nations threaten global peace and prosperity for all.

It is time to reflect on where we have been and where we are going as a nation. What direction are we headed in? Without focus and strategic investment, the U.S. is at risk of losing in the game of global leadership — facing a future where America does not occupy a dominant position.

If we want to maintain America’s leadership and standing in the world we need to begin reinvesting in the American people; rebuilding our nation for the challenges and assaults that are inevitably coming our way.

One thing is certain — neither the U.S. nor China is going to disappear anytime soon. And as the 21st century unfolds, China — once known as the Middle Kingdom — will continue casting its giant shadow across the globe. What happens in China does not stay in China. It washes up on the world’s shores.

Whining about China’s rise is neither a strategy nor a plan. 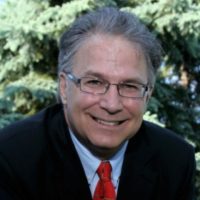 Tom Watkins is a U.S./China business and educational consultant who has worked to build cultural, educational, and economic ties between our two countries for 4 decades. He served Michigan citizens as State Superintendent of Schools and State Mental Health Director; and in Palm Beach County, Florida, as that county’s President and CEO of the Economic Council. Read his thoughts on China/US relations at: https://www.chinausfocus.com/author/84/tom-watkins.html or contact him tdwatkins88@gmail.com.

1 thought on “To Compete with China, Invest in America”