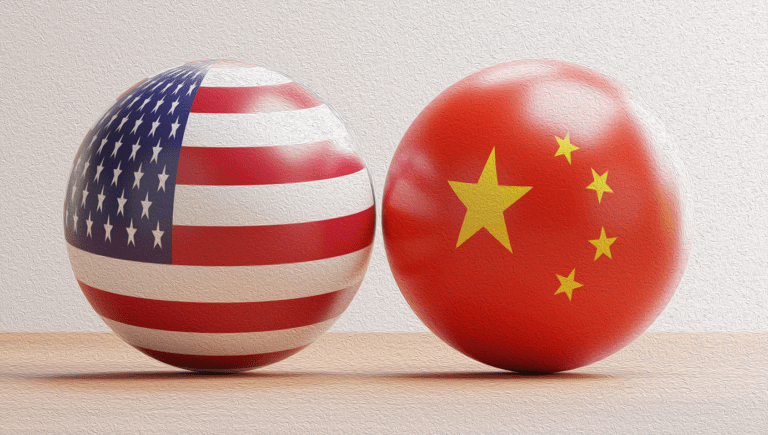 Can we lay down new stones to help create a better future foundation for China, the U.S. and the world?

The consequences of not finding a smooth way forward to manage the differences between the two largest economies in the world with the biggest and mightiest militaries are too dire to contemplate. What kind of future are we heading to if our leaders don’t find sensible ways forward?

WILL we avoid the Thucydides Trap ?

Once again, there is way too much saber rattling going on between the US and China.  Talk of decoupling, strategic competition, authoritative threat, and a Cold War boiling over into armed conflict between our two nations ought to give any thinking person the jitters.

We need a path that allows for mutual strategic interests, sovereignty over our respective internal affairs, and a genuine design to improve the lives of the people of the US, China, and all of humanity.

It should come as no surprise that hiccups exist in our relations with China. There are always tensions as powers rise and decline/fall. It is inevitably.

How we respond is neither predictable, inevitable, or preordained based on what has come before.

The question then becomes one of how transitions are handled. By force? Negotiation? Compromise? War? How can a new path be found while a realignmentbetween our two great nations is taking place?

China and the US are at an impasse. So—now we must find ways of maintaining an open dialog, focusing on the “6 C’s” – Communication, collaboration, cooperation, coordination and competition – avoiding unnecessary confrontations while finding ways in which both of nations maintain success versus a one-sided victory.

Together, both nations and the world face existential threats of climate change, pandemics, poverty, hunger, inequality and the potential of an economic tsunami unleashed on us all.

We are at a pivotal point in our bilateral relationship today. Maintaining the snarly point and counterpoint drama on areas where we disagree is becoming annoying and counterproductive.

Our respective leaders need to strive to rise above the nationalistic fervor now building in our countries.  We need concrete action steps that allow for an established power to prosper while giving room for a rising power to spread its wings.

Several things are crystal clear in our US/China relationship: 1) Neither country is willing to genuflect to the other, 2) Neither is going to fold up and disappear, and 3) Both will continue to jockey for their sphere of influence.

The US may slow China’s rise, but it cannot  stop it. Attempting to do so is about as effective as building a chain link fence to hold back a tsunami.

The world owes China respect. What the Chinese Communist Party has accomplished in its 100 years of existence is phenomenal even if not universally acknowledged. One need not be a fan of Xi Jinping, Mao, or any other Chinese leaders to recognize the good, the bad and the ugly of China’s ‘long march’ to reclaim its wealth and power. We might criticize the Great Leap Forward, the Cultural Revolution, and the Tiananmen Square massacre of the past. We can protest China’s actions in Hong Kong, current treatment of its Uighur people, its cat and mouse provocative behavior with Taiwan, the theft of intellectual property, cybercrimes and its incursions into the South China Sea while acknowledging what forty years of “China Opening Up” has produced – meaningful and productive change for the Chinese people.

The world is quick to magnify China’s real and perceived failures and shortcomings and slow, hesitant, and unwilling to celebrate its successes.

What China has accomplished to help reduce and nearly eradicate poverty within its borders is a feat without precedent. Feeding and caring for 1.4 billion people is not easy. Without question, the Chinese

Communist Party (CCP) has taken many steps to address poverty in its midst. To move twice the number of people than the USA has population out of abject povertyinto the middle class is a remarkable feat, bringing a better life to hundreds of millions of Chinese people, as well as stabilizing China and the world.

As I have stated on these pages in the past, poverty has a devastating impact on the growth and development of individuals (especially children), families, and society as a whole. China deserves credit for what it has accomplished.

From humiliation to respect

Let’s start a better future by suggesting the Chinese Communist Party, in its centennial year, be nominated for the Nobel Peace Prize for this humanitarian accomplishment.

I can feel the choking that such a thought might elicit among those who hold Communist authoritarian regimes in contempt.  Even acknowledging a basic truth is hard to swallow. Yet, it is true and deserving of international recognition. Acknowledging strength does not negate weaknesses or make the ones highlighting success, weak.

Maintaining regular, high-level meetings between our two nations is of paramount importance. We also need to nurture effective relationships at the subnational level as well. Subnational leadership includes governors, mayors, executives of businesses, universities, and non-profits; thousands are filling the gap between people-to-people exchanges and high-level diplomatic missions. These relationships need to be encouraged and nurtured. The United States and China can continue to enhance bilateral relations and build mutual trust through the continued development of people-to-people exchanges that have slowed in recent years.

The soul of a nation springs forth from its heartland. The US heartland understands that not all international bridges are made of concrete and steel. It is people-to-people connections that bind us together – friendships, cultural, communal, and economic cooperation are equally important and need to be nurtured and maintained.

It would be beneficial to bypass the historic coastal elite associations and seek truth from facts in the heartland. The USHCA stands ready to partner with China on initiatives that improve both our nations.

Presidents Biden and Xi might use the Climate Change Summit this November in Glasgow, Scotland to announce a ‘Nixon goes to China’ moment, jointly proposing a Nobel Peace Prize- worthy idea such as a ‘Summit on Global Health’.

There would be a pledge to form a global shared vision and common agenda with specific, measurable targets to improve the planet we all occupy around:

Shock the world, Presidents Biden and Xi. Take on climate, hunger, poverty, inequity and health. Leaders: lead the way to a better future.

Of course, we will continue to agree, agree to disagree, and argue on a plethora of other issues. But as the late John Lennon once asked, imagine — “Imagine all the people, livin’ life in peace.”

These are but a few stones laid out embodied in Deng Xiaoping’s phrase, “Mozheshitou guo he” or “Crossing the river by feeling for stones.” We must continue to march boldly forward, together seeking ways to maintain this vital relationship that will help chart the world’s future.

As Margaret Mead reminded us, “Never doubt that a small group of thoughtful, committed citizens can change the world: indeed, it’s the only thing that ever has.”

We can hope Presidents Biden and Xi will change the course of history by being bold and leading the world forward in peace and harmony. Mother Teresa, herself a Nobel Peace Prize winner reminds us we should each “sweep our own door step and do our part to bring about positive change”.

There is a lot of sweeping to do. 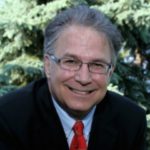 Tom Watkins has an eclectic career in both the public and private sectors. He served the citizens of Michigan as state superintendent of schools and director of the department of mental health. He has held leadership positions in higher education, business and behavioral health.

Watkins has a interest and passion in all things China and has written hundreds of article on the value of this most important bilateral relationship in the world today. You can read additional thoughts on the US/China relations by Watkins at: https://www.chinausfocus.com/author/84/tom-watkins.html

3 thoughts on “U.S. – Chinese Relations as the 21st Century Unfolds”