A Life of Service

Former Ambassador Kenneth Quinn has led a life of service. The Ambassador was a 32-year career member of the U.S. Foreign Service before becoming the President of the World Food Prize Foundation, from which he retired earlier this year. However, it’s not Ambassador Quinn’s extensive and impressive resume that connects him to China, it’s his own personal experiences that encouraged us at the United States Heartland China Association to select the Ambassador as the first member of our Heartland Bridge Builder Hall of Fame. 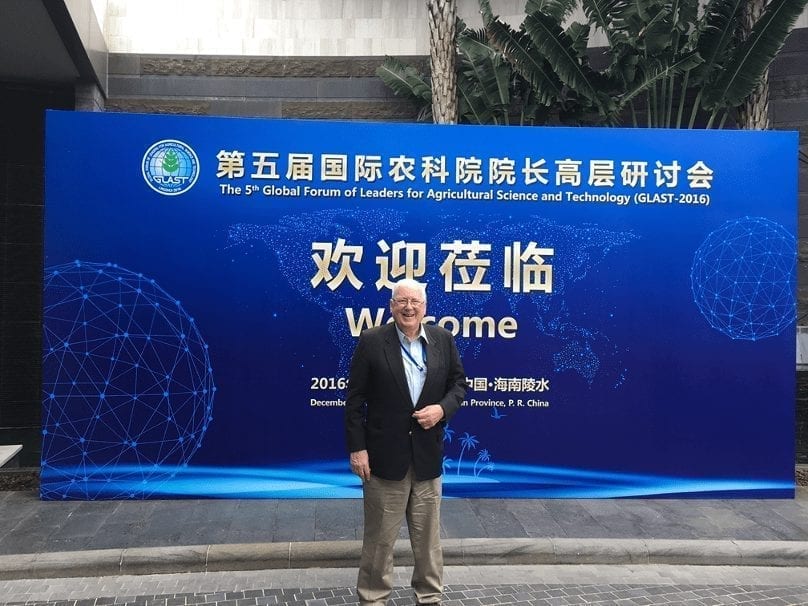 From a Small Town in the Midwest

Originally from Dubuque, Iowa, Ambassador Quinn didn’t know how much a man from a small town in the Midwest could accomplish. He decided to take the Foreign Service exam, and to his surprise, passed. He was first stationed in Vietnam as a World Development Advisor, spent time in Cambodia and studied the Khmer Rouge as they rose to power, moved on to work as a Vietnamese translator for President Gerald Ford as a part of Henry Kissinger’s staff and assisted Richard Holbrooke. In the middle of his career, Ambassador Quinn took a position that transferred him to work with the Governor of Iowa, Robert Ray. This assignment set Ambassador Quinn on a path that would lead him to personally experience significant shifts in U.S.-China relations.

The year was 1979, and China and the United States had just announced the establishment of diplomatic relations between our two countries. In October of that year, the United States was set to send its first delegation of governors to China. Governor Ray was chosen for the trip and Ambassador Quinn was chosen as the sole staff member allowed to accompany him. The trip first took the pair to Beijing, where the delegation sat down for a meeting with Chinese President Deng Xiaoping. Ambassador Quinn had the opportunity to shake Deng Xiaoping’s hand and have a brief conversation with him, and when he told the President that he had done work on the Khmer Rouge in Cambodia, received a candid and critical statement on them and all their mistakes. He was surprised that the Communist leader would offer such a frank statement to a non-senior official from the United States. From there, the delegation schedule shifted towards private meetings for the governors and Ambassador Quinn was given the opportunity to travel around the country. He visited Shanghai, Guilin, and Guangzhou, all in a time before the cities became the global epicenters that they are today.

China's First Delegation of Governors to the U.S.

In 1980, China sent its first delegation of governors to the United States. Iowa was included in the itinerary, and Ambassador Quinn was a member of the group that would spend a couple of days taking the governors on a tour of Iowa. One of the stops was the Amana Colonies, a group of small towns located outside of Des Moines that were built on Communist policies in 1855 by German Pietists. For eighty years, the Amana Colony maintained an almost completely self-sufficient local economy, importing very little from the industrializing American economy. The governor of Guangzhou was fascinated by the colonies and asked the colonists many questions about how they maintained their agricultural sector while still respecting the principles the colonies were built on. The governor’s name was Xi Zhongxun, the father of current Chinese President Xi Jinping. Xi Zhongxun would go on to become the architect of the Chinese Communist Party’s approach to free market and free trade principles and is known as a member of the first generation of Chinese Communist leadership. Most significantly, Xi Zhongxun helped transform China’s agricultural sector as the country undertook its reopening to the rest of the world in the early 1980s. It seems that Xi Zhongxun’s visit to the Amana colonies while in Iowa helped inspire China’s agricultural policy and transform the sector without losing China’s Communist values and principles in the process. 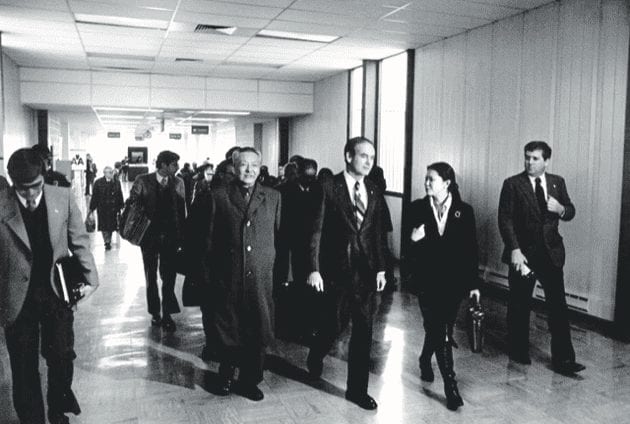 “I just shook your hand Mr. President and I believe that makes me one of the only people in Iowa to have shaken both your and your father’s hands.”

Iowa and Hebei province went on to establish a sister state/province in 1985. As a result of the newly established relationship, the Chinese government sent a delegation of five young party officials to study corn processing in Iowa. The students stayed with local Iowan families during their trip and forged close bonds with both their host families and the Iowan countryside. This close relationship prompted one of the delegation members to return to Iowa in 2012 in order to visit his “old friends”. That person’s name is Xi Jinping, then Vice President of China. When Xi Jinping arrived in Iowa, Ambassador Quinn was designated as the person who would escort him to give the opening keynote address at the U.S.-China Agricultural Symposium. The two shook hands after Vice President Xi emerged from his car, and Ambassador Quinn realized the reality of the situation. At that moment, Ambassador Quinn turned to Xi Jinping and said, “I just shook your hand Mr. President and I believe that makes me one of the only people in Iowa to have shaken both your and your father’s hands.” Vice President Xi was shocked. He stopped in his tracks, his eyes got big, a big smile appeared on his face, and said “Well, you have two interesting stories now.”

Besides Ambassador Quinn’s experiences with the Xi family, he has continued to travel back and forth to China and has been able to witness first-hand the incredible developments that the country has undergone in the last few decades. He formed a close relationship with Yuan Longping, the father of hybrid rice and one of the most famous agronomists in Chinese history. He has spoken at a variety of agricultural conferences in China and looks back at his experiences with gratitude and awe. There are not many people in the United States who can say that they have shaken the hands of both Xi Zhongxun and Xi Jinping.

When asked about the current state of U.S.-China relations, Ambassador Quinn is disheartened about the turn the relationship has taken. However, the Ambassador believes that it is possible to rebuild the relationship and put the pieces back together and that this can be done through agriculture and the Heartland. One of the leading lessons that Ambassador Quinn learned throughout his career is the powerful role that agriculture can play in promoting peace. This concept has a rich legacy in Iowa, and Ambassador Quinn believes that we should look to the Heartland to lead the way in re-normalizing relations between our two countries. Collaboration between China and the United States is vital to the future in more ways than one, especially when it comes to the growing problem of feeding the ever-increasing global population. As we move forward, Ambassador Quinn believes that we should use the inspiration of Iowa and the Heartland as a whole to facilitate peace between the United States and China. Despite the current state of U.S.-China relations, Ambassador Quinn remains hopeful for the future of collaboration and understanding between our countries. Maybe a member of the next delegation of young Chinese party officials to visit America will grow up to become the President of China and will usher in a new era of peace and understanding. If Ambassador Quinn’s story teaches us anything, it’s that every connection, no matter how big or small, can prove to have monumental impacts on people and the lives they go on to lead. 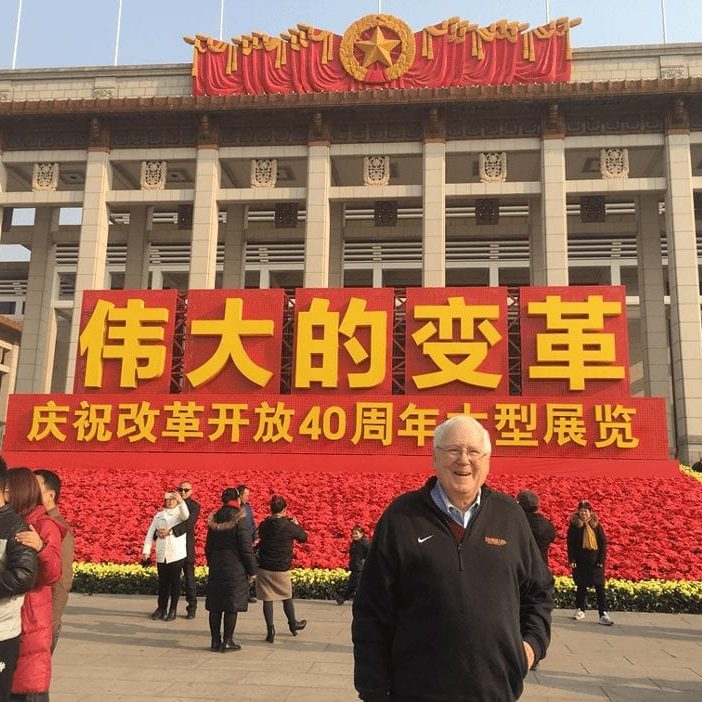