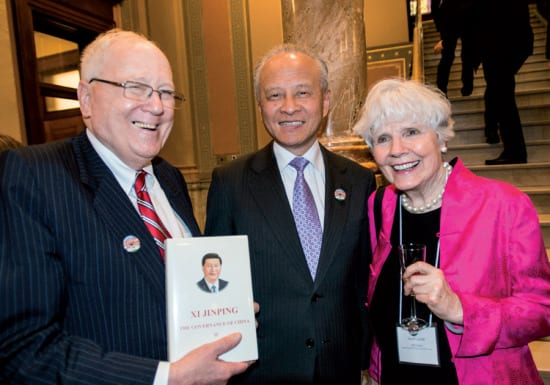 As we begin the year 2022, I am focused on the fact that February 15 – 16 will mark the 10th anniversary of then Vice President Xi Jinping’s historic return to the American Heartland.

During that trip, President Xi first visited the home of Sarah Lande in Muscatine, Iowa, one of the individuals who had welcomed him in 1985 when, as a county level official from Hebei Province, he made his first visit to the United States.

Vice President Xi then came to Des Moines for a “state dinner” at the magnificent Iowa State Capitol hosted by Governor (and future Ambassador to China) Terry Branstad.

On the following day, it was my honor to greet Vice President Xi and escort him into the World Food Prize Hall of Laureates, which was the site for the US – China High Level Agricultural Symposium.

As I guided President Xi into the building, I told him how I had welcomed his father, the architect of China’s modernization, to Iowa in 1980, and in 2004 had also presented our $250,000 prize to Professor Yuan Longping, China’s greatest agricultural scientist, in a ceremony in Des Moines.

In addition to V.P. Xi’s keynote address, a central feature of the symposium was the signing of a Memorandum on Strategic Cooperation in Agriculture by US Secretary of Agriculture Tom Vilsack and Chinese Minister Han Changfu.

Earlier in the day, at that same building, there were contracts signed by US and Chinese business representatives for $3.5 billion in U.S. soybean exports to China.

Based on my 32 year diplomatic career, which included the opportunity to travel to China on multiple occasions, I remarked that president Xi’s visit and those related events in 2012 marked the zenith of the US – China bilateral relationship.

Given how critical maintaining a peaceful globe is for the future of humankind, it should be our mutual goal to recapture that historic high point.

The legacy of Iowa going back into the 19th century is of Peace Through Agriculture.

At the USHCA, I am sure we will do all that is possible to cultivate those seeds of peace here in the Heartland in 2022. 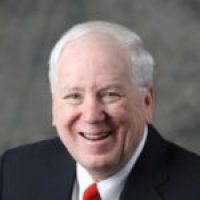 Dr. Kenneth M. Quinn, former U.S. Ambassador to the Kingdom of Cambodia, assumed the leadership of the World Food Prize Foundation on January 1, 2000, following his retirement from the State Department after a 32 year career in the Foreign Service.

Ambassador Quinn, a graduate of Loras College in Dubuque, Iowa, has a M.A. in Political Science from Marquette University and a Ph.D. in International Relations from the University of Maryland. He and his wife Le Son have three adult children.